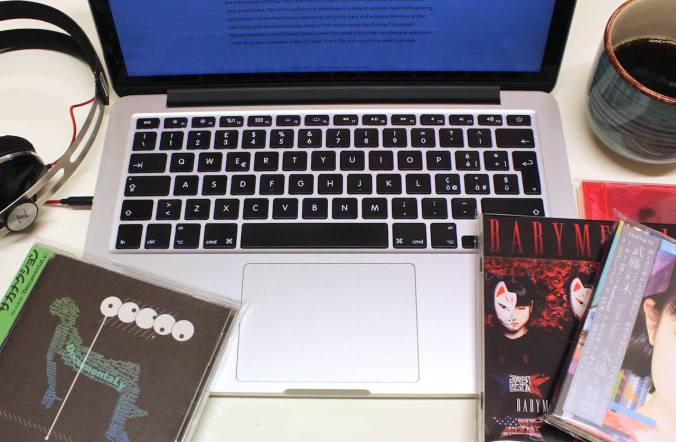 The last two weeks have been pretty crazy in terms of big releases, and luckily (almost surprisingly, to be honest) I’ve been able to review all of them prior to the release date. Thank you all for the comments and feedback on these articles, I appreciate it!

Let’s take a look at all the releases we had the pleasure to listen to these days: First, we had the long awaited Seiko Oomori album TOKYO BLACK HOLE, that ultimately elevated the singer/songwriter as icon and relevant figure of today’s J-pop scene. This album is her most consistent and various piece of work yet, and the crazy/adorable charisma of this girl flows through each of these great tracks. The chorus in SHINPIN is still stuck in my head. Definitely the most valid release of the wave of long awaited works that hit the Japanese market in the last couple of weeks, that I awarded with a score of 9.

Sadly (in a way) Seiko Oomori’s outstanding record was the only one that fully met my expectations. Maison Book Girl‘s new EP played it well despite not really bringing anything new to the table, something that the group’s new record will hopefully achieve: I gave summer continue a 7.5, as I enjoyed this short but fresh-sounding record. A few days later, BABYMETAL‘s long awaited (and highly acclaimed) album METAL RESISTANCE hit the shelves of music stores in all the world: I really didn’t feel this record as a whole, despite having some nice tracks here and there and lots of talent showcased by the three lovely girls and their band. I gave this record a 6.5, and as expectable, many fans took it as a negative vote: It always seems like that any score under 8 means the album is crap, which is obviously not true: METAL RESISTANCE is an album with several valid moments, some of them even great, but sadly the tracks that sound like plain standard metal are what take most space in this record, and as a fan of this group since their debut on the Japanese market, it’s a factor that left me disappointed. I approached this album expecting a fully BABYMETAL work, that unique blend of Metal and Idol pop that conquered the hearts of thousands of people: instead, I got an album that’s mostly filled with standard Heavy/Power/Speed/Progressive metal tracks. As a result, I barely listen to this album in its entirety anymore and just pick those four tracks that I really enjoy (for the record: YAVA!, Amore, From Dusk Till Dawn, Syncopation). On the other hand, I was glad to read constructive critics towards my point of view instead of insults from hardcore fans like I was expecting: It was nice discussing with you all, and I really appreciated it. Also took some time to exchange opinions with Maniac from Homicidols about it, a debate you can check out here.

Last but not least, another eagerly awaited release: Perfume‘s new album COSMIC EXPLORER. As a huge fan of the Techno-pop trio from Hiroshima, I had mixed feelings about this record, as it’s been shamelessly split into two between new and old tracks: I enjoyed the new compositions the most, in particular the title track and Miracle Worker, while the already-released tracks definitely deserved a better treatment and placement. All in all, it’s still an album with several valid moments that I’m still playing and enjoying, but at the same time it’s clear that this is also Perfume’s most inconsistent studio album so far, which is really a shame considering how it could have been much better if treated with more care. As in the case of METAL RESISTANCE, I think the tracks in this record as well will be much more enjoyable live.

All in all, I’m glad to say that none of these releases were bad, but instead delivered enjoyable moments. Despite the mixed results of a few records, it was interesting to analyze these important and long awaited releases, as well as discussing about it with all of you.

Thanks a lot for your support, and be sure to stay tuned on my blog for more reviews and articles on Japanese Music. See ya! 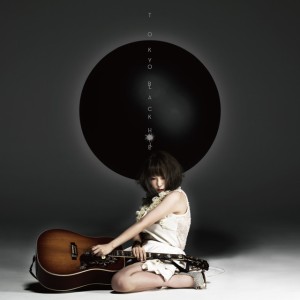 The artistic growth of Oomori Seiko has been one of the most interesting evolutions to observe in recent years: From raw shows in the basements of Koenji promoting her early works and the acoustic lunacy of Zettai Shoujo, to the rebel-sounding debut in the mainstream scene with last year’s Sennou, the singer/songwriter has shown a remarkable evolution and improvement in her music.

The path that Oomori followed – and is still following – is made of curiosity, experimentation, and feelings put into music with brutal honesty, all elements tied up together by a unique charisma that seeps through every song she composes. And while her Major Debut album kept her on track despite a few uncertain moments, with this new effort the singer reaches a cohesive and refined milestone in this process of growth.

TOKYO BLACK HOLE indeed holds surprising and valuable moments in each track, as Oomori spreads bits of several influences in each number and blends them into her own unique style with impressive mastery, delivering a various and exciting experience. Tracks like the theatrical, almost dramatic Magic Mirror, the light vibes of Sacchan no Sexy Curry and the catchiness of SHINPIN bring the singer’s trademark blend of acoustic layers and electronic elements in a renovated and more mature key, while straightforward numbers Nama Kill the Time 4 You and Dramatic Shiseikatsu briefly revisit her punk-ish roots in more articulated structures and arrangements, showing how everything Seiko has learned in her path is present in this record with enhanced care and maturity. It’s an improvement showcased through some of the richest instrumentals of her career, that particularly merge with success in more electronic oriented numbers, with Choshin Sedai Castella Standard MAGIC Maji KISS and its irresistible dreamy chorus as prime example, followed by the unpredictable ■Kkumi, ■Kkumi, whose contrast between heavy guitar riffs and a dreamy 70’s-like chorus that flows into a break featuring indian vibes spreads pure brilliance.

What makes these tracks so valuable is the surprising mastery whose this plethora of influences are merged together and delivered in an accessible key: Nothing in this record sounds chaotic or messed up, nor I ever had the impression to listen to a bunch of sonorities just randomly thrown together. Every section flows naturally, making all these influences and feelings reach the listener with great impact, other than granting variety and cohesiveness to the whole record.

Obviously, Seiko’s interpretation plays a primary role in making this experience so enjoyable. The singer takes a more delicate approach in laid-down tracks like the refreshing TOKYO BLACK HOLE and the lovely Aishiteru.com, to then reach higher emotional peaks in Kyushoku Tobansei Hantai and the theatrical closure Shojo Manga Shonen Manga. Whatever is the emotion conveyed or the vibe the singer tries to set, every track features heartfelt performances that fit the context passionately. As natural consequence, the whole record benefits from such a lively performance, that combined with the masterful instrumental work, falls into place to form a complex but accessible piece of work, making it one of the most enjoyable and valid Oomori Seiko albums to date.

It’s pretty clear at this point that Oomori Seiko is on top of the new wave of J-pop artists, and as the as the historical acts of the genre are slowly starting to fade, the singer is rising and conquering a legitimate and well deserved spot in the scene. From promising act for the future of Japanese music, Oomori Seiko is now a brilliant representation of its present, and it’s a privilege to be able to enjoy such heartfelt music in the mainstream reality.